There are several games that I tend to reminisce about–sometimes so much so that I have to play them all over again. One of those games that I just happened to complete in its entirety today is Tony Hawk’s Pro Skater 3.

What do I have to reminisce about? I’m glad you asked! Oddly enough, this particular memory I have is one that actually frustrates me at the same time as giving me warm and fuzzy feelings.

Back in the day I was a huge LAN party enthusiast. One particular LAN party I planned to attend in Phoenix, Arizona had three separate tournaments, one of which was for thps3. I feverishly played the game as much as possible to prepare for the tournament.

After hours and hours of practice I was pumping out lip tricks, grinds, ollies, and manuals like nobody’s business. I felt very confident that I would be triumphant when the tournament came around. That day finally arrived and I carpooled up to Phoenix with several of my friends for a weekend of total awesomeness.

After nearly a whole day of other tournament events (Quake III Arena being the biggest at the event) it was finally time for the tournament. As it turns out, there were very few people interested in this tournament so I only had to compete against three other people. Awesome I thought to myself. The winner would take home an autographed Tony Hawk skateboard and the thing was as good as mine. The level would be Foundry for the sole reason that nobody had played the game on the system to unlock any other levels. I headed to the tournament area and immediately found a huge problem. The platform for this tournament was the Microsoft Xbox while I had been practicing on the PC version. After watching a few people play I realized that everything was essentially the same. Well, almost everything. 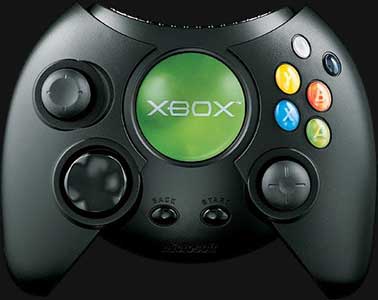 I had never played an Xbox. When my turn finally game around, I grabbed the controller. Holy crap I said in an uneasy mumble. The thing was huge. Insanely huge. This thing must have been designed by André the Giant.

At the time, I was using a Microsoft Sidewinder game pad 1.0 and felt very comfortable with it. It was a fantastic controller and even today still holds up pretty well. Transitioning to the behemoth Xbox controller at a time when i was already nervous made it that much more complicated to control.

I kept missing my grinds. I couldn’t complete any flip tricks without a major face plant to the concrete. Lip tricks were impossible with the Y button a mile away. The tournament gave each player three rounds and took the highest score of the three for the final score. My final tally? 37,000 points. 37,000 points. I couldn’t believe it. I had scored over ten times that in a single combo hundreds of times. The winner had a score of only 52,000 with change and I had to leave the tournament in defeat. It was clear that none of the other players had put in any where near the time I did to prepare for the tournament and yet they probably had played an Xbox before which gave them a huge advantage over me.

To this day I despise the Xbox controller with the heat of a thousand suns. But I still love Tony Hawk’s Pro Skater 3.